Identity falsification occurs in all areas. You might have seen face replacement technology on the Internet when someone used the faces of famous people to create videos. The usage of artificial intelligence has made this method dangerous in many areas. That is the reason for the dissemination of false information, for example, related to viruses, and the scheme of scammers that helps them gain access to bank accounts. Posing as another person is a well-known practice that organizations struggle with in many ways. Most often, public figures and politicians fall under the use of this system. Not only an image or video can be applied, but even a real person's voice. Because of this, you need to review the information that people receive on the network carefully.

Let's take a closer look at what a fake identity is, how to deal with it and how not to become a victim of fraudsters.

Deepfake is a technology for changing the face of a person in a photo, audio or video. It is used to frame a person, create compromising evidence or gain access to his personal information.

Such media content can be used as a joke, but it becomes a problem when it is attracted to scams. For example, the faces of famous people have appeared in different films and characters. Deepfake technology is based on a neural network that collects a considerable amount of data, processes it, studies individuals' faces, and then substitutes them.

The scope of the application extends from regular YouTube videos watched by millions of users to access data or being used to create fake news.

The algorithm learns to recognize faces and substitute them for other images. For this, many photographs of a person are used, which are processed and applied to create a fake video.

The danger is that the identity of any person can be falsified. Of course, this primarily concerns famous people. In principle, it is not difficult to recognize such fakes - it is noticeable on the video that the person does not blink, but the photo is more difficult to identify. Fact-checking systems work quickly and develop, technology improves, and threats to personal data are reduced.

Today there are open access programs where visitors can substitute their face for a video with an actor or in a video clip. They are harmless and used only for entertainment. It is also permissible to use this system to improve the security of Internet users. The neural network also learns to identify fake videos, thereby reducing the possibility of a cyberattack.

Identity theft involves fraudsters pretending to be another person to gain money or personal information access. Organizations that are directly involved in financial operations are improving their security systems to prevent malicious attempts to take over data in the system. Deepfake technology is used by cybercriminals to:

This is an infrequent occurrence - videos alone will not be enough to access your account, because there are often multiple levels of identity verification. So, even by using your photo, scammers will not receive information if you have enabled double authentication. That can be, for example, an additional check with a code sent to your phone or mail. The higher the protection, the calmer you will feel.

In modern online identity verification processes, systems are used that can recognize whether a video is filmed in real-time or it is a recording. So, during passing the identification, the algorithm asks you to smile, turn or tilt your head. Several factors can help you recognize a fake image. First, fake videos have poor quality, and the system recognizes this. Unnatural facial expressions or the fact that the person in the video does not blink or move their eyes strangely can be a key factor in recognizing a fake. Bad sound, because scammers do not always have access to voice recordings. Facial expressions are most often unnatural, background noise may be present. These and other signs will help the system understand that the attacker is trying to impersonate another person. When you try to sign in, you will be immediately notified and block your information access.

The technology is not perfect, and properly built security will not allow unauthorized people to use your images and other data. Let's take a closer look at what many organizations are introducing types of anti-cybercriminals, how effective they are, and how to avoid being deceived.

Two-factor authentication is the most popular method of protecting data. Most mobile applications offer this option as an additional check for user authorization. How it works: most often, you receive a verification code on your phone or email. And if someone outside wants to access your account, you will receive a notification with the ability to block your profile and change your password immediately.

Streaming video is safer than photo verification. A photograph of a person is more accessible to fake and can be accessed on the Internet. But the video will require more action. The main thing is that if the check takes place in real-time, then Deepfake will be useless. The algorithms recognize if the video is started from the device and recorded in advance. It will also pay attention to the background, how shadows fall on the face, lighting, image quality.

ID document as the primary identity document is requested in all structures. The check is carried out on two levels - you need to show your face and papers that confirm your identity. The algorithm checks such documents online, and access will not be allowed if it sees deviations from the original. Online verification processes are safer today than meeting in person. The documents themselves have masked elements that only the algorithm can see. Accordingly, it is challenging to fake them.

Deepfake technology is evolving, and security systems are improving at the same time. This is now regulated by law and is perceived as fraudulent. User data protection organizations are improving cybersecurity, introducing tiered access to their customers' profiles.

To not fall for a fake and not spread false information, check it in several sources. If you are a company owner, make sure your employees are aware of these technologies and that they are screening customers closely. It would be best if you had an explicit algorithm of actions in case of attempts by fraudsters to penetrate your system.

Arbitrage betting is an undesired occurrence for many bookmakers. Discover how KYC can help identify arbers while keeping your business secure and your customers – satisfied. 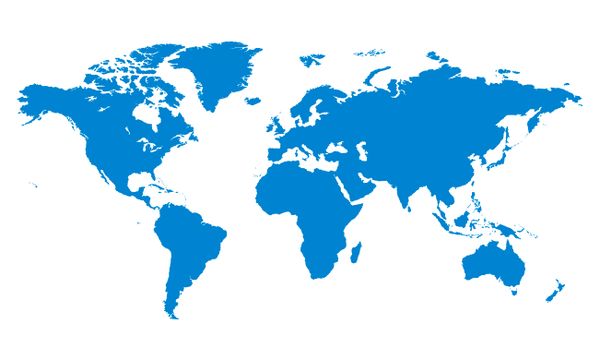 Some regions pose particular threats of illegal financial activities. To secure your business, learn which regulations are adopted in AML high-risk countries and how to mitigate the potential hazards.

Best verification solution for everyone

Leave your email address if you want to know more about our solution.